Moldovan president, on visit to Kiev, says Moldova willing to be friend with Ukraine

Chisinau, 12 January /MOLDPRES/ - President Maia Sandu, on an official visit to Kiev, today had a meeting with President of Ukraine Volodymyr Zelensky. During the discussions, Maia Sandu reiterated Moldova’s interest in re-launching the Moldovan-Ukrainian relations.

„We have agreed on initiating a new chapter both in the bilateral ties and in our common aspirations of European integration. Our cooperation will be based on the discussion and settlement of the current problems, as well as on the joint exploration of new opportunities in the interest of both countries’ citizens,’’ President Maia Sandu said. ‘’We want to be more than neighbours, we want to be friends which are to act based on a strategic partnership,’’ Maia Sandu stressed.

The two heads of state agreed on continuing the discussions on important subjects on the bilateral agenda, regional security, on boosting the joint efforts as to the European integration, including through the setting up of a Council at the level of Presidents, which is to help identify feasible and quick solutions for the benefit of the citizens. Also, Presidents Maia Sandu and Volodymyr Zelensky agreed to foster efforts to ensure security at border. The officials also declared mutual support for the sovereignty and territorial integrity of Moldova and Ukraine within the internationally recognized borders.

Among other topics discussed at the meeting, there is the speeding up of the agreement which would allow both countries’ citizens to cross the border based on the identity card; need to diversity the energy resources; supply with water of the settlements from both banks of Dniester as joint priority; developing the road infrastructure on the itinerary Chisinau-Soroca-Yampil-Kyiv, which is to ensure the quickest route between the capitals of the two countries.

The official visit to Ukraine is the first one President Maia Sandu is paying abroad.

Any material published on the website of the Public Institution ’’A.I.S. Moldpres’’ (Moldpres News Agency) is intellectual peoperty of the Agency, protected by the copyright. The taking over or/and use of these materials will be made only with the Agency’s agreement and with compulsory reference to source.
Facebook Twitter 21000147 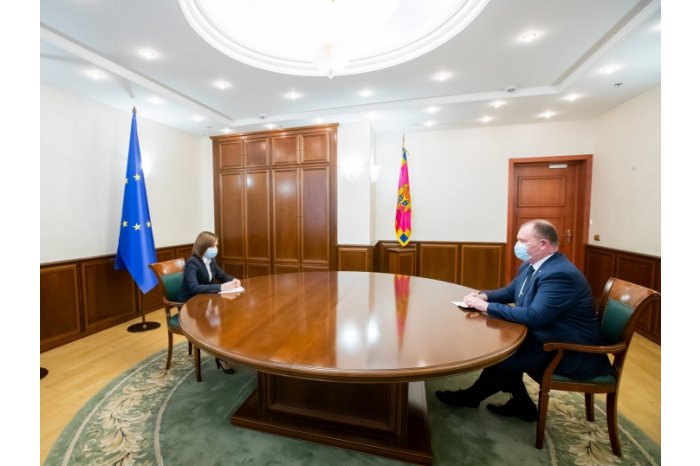 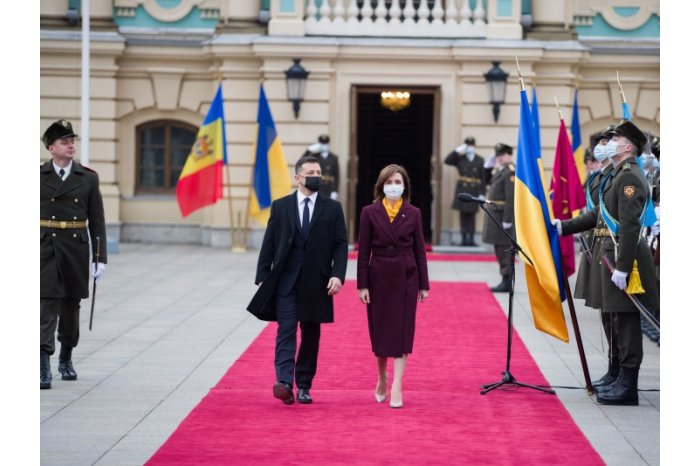