Chisinau, 9 March /MOLDPRES/- On 11 March 2011, Joe Biden, Vice President of the United States, paid a visit to Chisinau. This American approach was not accidental. With the takeover by the Alliance for European Integration, the Republic of Moldova has sent clear signals that it wants reforms and rapprochement with the European Union.

After the protocol meetings with the Alliance leaders and the state leadership, Joe Biden gave a masterful speech in the square of the Opera and Ballet Theater in front of thousands of citizens.

The US Vice President from the beginning demonstrated a deep knowledge of the regional context in which our country is evolving, but also pointed out the neuralgic problems we face. It was clear that for decades the real transformations were only mimicked and the new government's attempt to speed up the process brings serious difficulties.

The American vice president assured Moldovans of the support of the United States of America through democratic reforms and European integration.

In his speech, Biden reviewed the transformations in all countries currently fighting for freedom.

Biden encouraged Moldovans to continue the path of democratic reform and European integration, assuring them that the United States will be with them on this path.

He said he understood our citizens' concerns about rising prices and unemployment. But several states in Central and Eastern Europe have successfully gone through similar processes in their time, and the results are optimistic.

The United States will be with Moldova in resolving this frozen conflict and will help the Republic of Moldova find solutions. Washington will do everything possible for the Republic of Moldova to maintain its sovereignty and territorial integrity, and negotiations for the Transnistrian settlement must resume as soon as possible.

Since then, the Republic of Moldova has taken a rather difficult path, with ups and downs, with successes and failures. But Moldovans remain optimistic and expect that the promise to return to Moldova, made by Joe Biden on March 11, 2011 in Chisinau, will be fulfilled. Joe Biden will return to Chisinau, but this time as the most powerful man in the world, President of the United States.

Any material published on the website of the Public Institution ’’A.I.S. Moldpres’’ (Moldpres News Agency) is intellectual peoperty of the Agency, protected by the copyright. The taking over or/and use of these materials will be made only with the Agency’s agreement and with compulsory reference to source.
Facebook Twitter 21001772 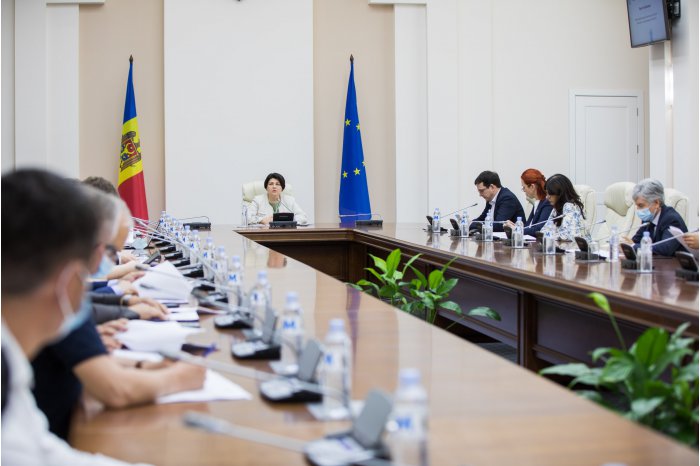